The father of two dead children found in suitcases bought at a Storage Wars-style auction has died of cancer, it was reported.

The decomposing corpses of the boy and girl were found in suitcases in New Zealand by an unwitting family and a woman believed to be their mother has been traced to South Korea.

The Korean-born New Zealander arrived in South Korea in 2018 and has not left the Asian country since.

But police have now revealed that her husband died of cancer in 2017, Stuff.co.nz reports.

The couple are both from Seoul, South Korea, but married in New Zealand.

It comes after Detective Inspector Tofilau Faamanuia Vaaelua revealed they have now been identified but said their names are being withheld by a coroner at the request of their family. 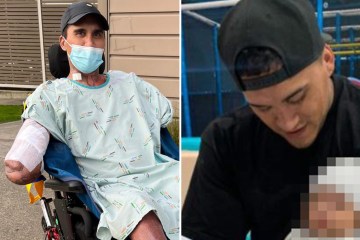 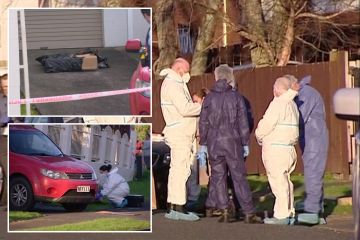 They also have other relatives who live in New Zealand, he said.

See also  Before the Queen's state funeral: The pictures of the last 10 days

Police are continuing to investigate the circumstances surrounding the children’s deaths, he said.

The mysterious woman is wanted by South Korean police in connection with the find.

They are now trying to track down her whereabouts and find out if she had any other family members with her when she arrived in South Korea.

They added that given the woman’s address and age, she could be the mother of the children.

The remains of the two young children were discovered by a family who searched the contents of an abandoned warehouse in New Zealand after winning it at an auction.

Police officers arrived at their Auckland home last Thursday after being called by the shocked buyers after neighbors reported a horrific smell coming from the house.

A murder investigation was launched on August 12 and police have now found the families of the two elementary school-aged youths living in Asia.

The family that found the bodies is not involved with the dead.

Vaaelua said: “I really feel for the families of these victims.

“This is not an easy investigation. No matter how long or how many years you serve and investigate these horrific cases, it is never an easy task.

“The investigation team is working very hard to hold accountable the person or persons responsible for the deaths of these children.”

Key clues to solving the case include ETN testing, examining the toys and personal items found with the briefcases, working with Interpol experts and tracking down who put the briefcases in the storage room.