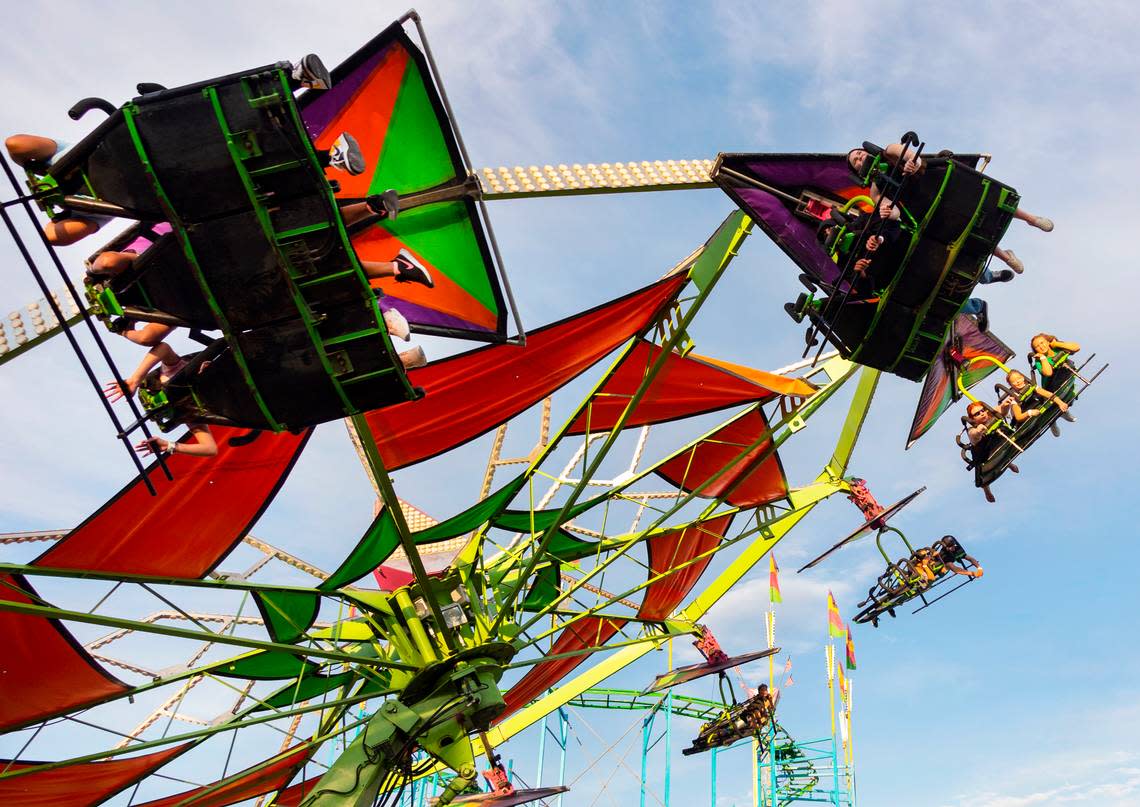 The first argument and stabbing that led to two people being injured at the Western Idaho Fair late Friday was at the fairgrounds, according to new information released by the Ada County Sheriff’s Office.

An altercation broke out around 9:45 p.m. between a group of people and resulted in an 18-year-old man being stabbed in the elbow and a 16-year-old boy accidentally shooting himself, the Sheriff’s Office said in a blog post Saturday. .

The incident occurred near the fairgrounds. The Western Idaho Fair is at 5610 Glenwood St. in Garden City.

After the stabbing, the two victims ran with a group of people to Glenwood Drive “when the 16-year-old somehow shot himself” in the west parking lot of the Midway Drive fairground, the Sheriff’s Office said.

Authorities said they were “still determining” what led to the shooting and why people were running in the parking lot.

Ada County Sheriff’s Officers were nearby when the shooting occurred and were able to respond quickly to the shooting victim, but it took a while to find the 18-year-old.

Patrick Orr, a spokesman for the Ada County Sheriff’s Office, previously told the Idaho Statesman that the 16-year-old had been taken to hospital. Both the boy and the 18-year-old were treated for their injuries, the blog post said. Orr did not provide additional information on the status of the victims on Saturday.

Orr also said police recovered the gun. No one has been arrested and no suspects have yet been identified, authorities said. The Sheriff’s Office said they have found and identified “some of the people” involved in the incident and are continuing the investigation.

The shooting prompted sheriff’s officers to shut down the parking and fair gates for about 30 minutes to “keep fair visitors safe,” according to the blog post. Andrea Deardon, the communications director for the Sheriff’s Office, told the statesman on Friday that the department wants to make sure the area is safe every time it searches for a suspect.

“We know it was confusing and maybe scary for people at the fair tonight,” the Sheriff’s Office tweeted Friday night. “Deputies acted quickly to find out what was going on and to protect people, which is why the parking lots and gates were closed.” The altercation caused people visiting the fairgrounds to get a code red, Deardon said.

The Sheriff’s Office said there was “some confusion” and “hot temper” Friday night as people were unable to leave the parking lot or fairgrounds. The blog post also stated that once parking lots reopened, there were traffic delays.

Orr told the Statesman by email on Saturday that there were about 20 officers at the fair around the time of the altercation, along with a few additional officers on patrol.

According to the organization’s Facebook page, the Western Idaho Fair will be open Saturday at normal hours.