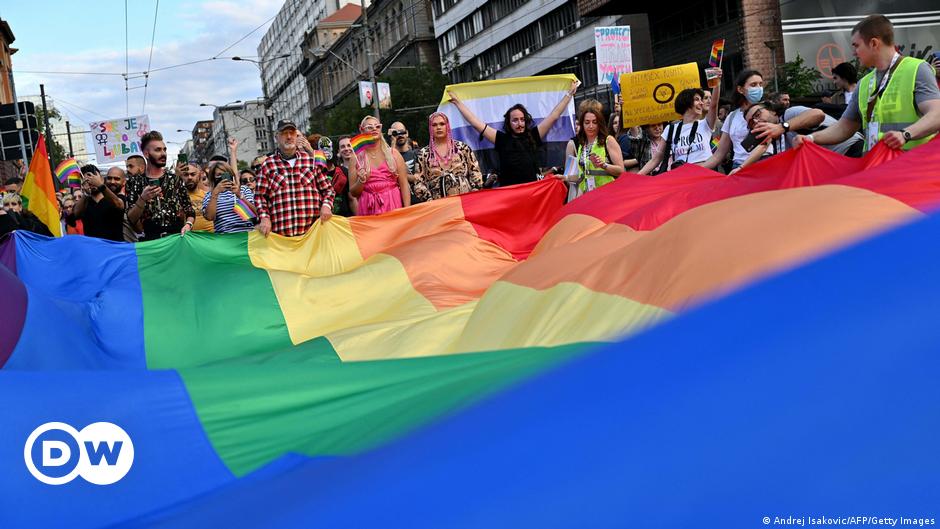 Serbian President Aleksandar Vucic on Saturday announced his decision to cancel a pan-European LGBTQ Pride march in Belgrade, as the country currently has too many other problems.

The EuroPride event, organized by the European Pride Organizers Association (EPOA), was set to take place from September 12-18. Three years ago, Belgrade was chosen to host the parade.

“This is a violation of the rights of minorities, but right now the state is under pressure from numerous problems,” said Vucic, referring to tensions with neighboring Kosovo, various economic problems and threats from far-right extremists that could lead to violence. .

Call organizers on PM for support

The announcement was made during the same press conference in which Vucic proposed extending the term of the current prime minister, Ana Brnabic, who identifies as a lesbian.

Brnabic became prime minister in 2017, but was criticized by LGBTQ groups for not doing enough to support the community in Serbia.

EPOA Chair Kristine Garina called on Brnabic to keep its promise to support the event, but added that Vucic does not have the authority to ban Pride.

“President Vucic cannot cancel someone else’s event,” Garina said. “The right to have Pride has been ruled by the European Court of Human Rights as a fundamental human right.”

Serbian Pride organizer Goran Miletic said police should formally ban the parade, which would expose them to legal challenges, but they cannot ban indoor events.

“The only thing that can happen is that the police will forbid the march,” Miletic said. “However, such a hypothetical decision would be against the Constitution.”

Serbia has taken steps to protect LGBTQ individuals as it pursues EU membership. But a large far-right, often pro-Russian sector of society has violently rejected LGBTQ rights, even attacking people based on their gender or sexual identity.

Proud marches in the Serbian capital have only been able to continue with heavy police protection since an attack in 2010.

The president said, “It’s not a question of whether… [extremists] are stronger, but you just can’t do it all at once, and that’s it.”

“I’m not happy about it, but we can’t do it,” he said, suggesting the parade could be postponed for “happier times”.