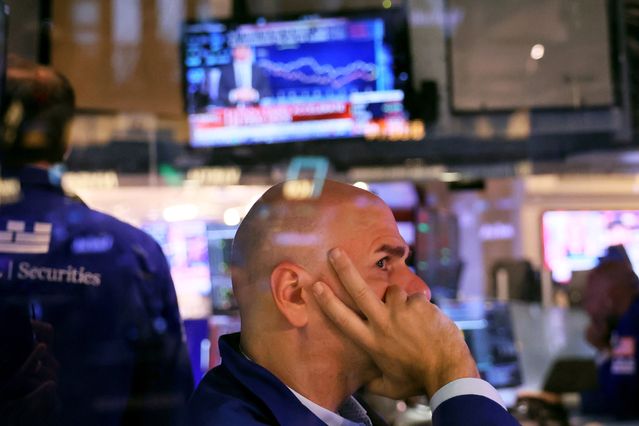 
It’s a bumpy, volatile, no good, very bad market out there. Stocks, bonds, commodities, currencies and futures fluctuate violently from day to day – and more whiplash is likely to come


S&P 500
index fell this week to its lowest point in three months, down 4.6%. Growth stocks were hardest hit as the

Major moves were not exclusive to the stock market. The Federal Reserve’s rate hike on Wednesday, and its aggressive projections, sent two-year Treasury yields to a new 15-year high of 4.21%, as prices plummeted. Oil hit its lowest level since January at $78.74 a barrel on Friday, amid concerns about the global economy.

The currency markets were also shocked. The


US dollar index
closed the week with a 3% gain, boosted by the Fed’s actions. On Thursday, the Japanese yen rose 2% against the dollar — a huge one-day move for a major currency — after the country’s finance ministry said it would step in to support the yen for the first time since 1998. Currency strategists called the planned intervention a short-term solution at best.

Not to be outdone, the British pound fell 3.5% against the dollar on Friday, reaching a 37-year low below $1.09. The decline came after the newly installed UK government unveiled its economic plan, with both higher spending and tax cuts, and more loans and bond issues.

It’s hard to see the chaos ending soon. The coming week brings little market-moving news – the personal consumption expenditure price index will be the pinnacle of economic data, along with revenues from

(MU)—for a six-week period with maybe too much.

The first two weeks of October will bring jobs and inflation reports in September; then the third quarter earnings season will kick in. Management’s commentary on the future will be crucial. The first week of November includes a Fed meeting and October employment numbers; then the midterm elections and the October inflation figures come next week.

It gets all the more difficult: The futures market is still battling the Fed, charging a peak rate for federal funds in early 2023, and austerity by the end of that year. That’s in contrast to officials’ announced plans to pause and wait for the tighter policies to take effect. In other words, there is room for market prices to become more and more aggressive and for yields to rise further.

A drop below the S&P 500’s June low of 3,667 points is on the horizon. Several European and Asian indices broke through the bottom of their 2022 trading ranges last week. And it’s likely going to be a bumpy road: According to Bespoke Investment Group, October has historically had the most one-day gains or losses of 1% in the S&P 500 of any month also, followed by November.

December could be better. It’s a seasonally strong month for the market, and if monthly inflation rates drop towards the end of the year, there should be no more aggressive surprises from the Fed. Stocks also tend to do worse the year before a recession than once the recession hits, meaning the market could start to recover even if the economic pain intensifies.

However, don’t look too far ahead. We have to get through what’s to come first.

Sunrun Stock: Is This Solar Stock A Winner Or Is It Getting Dark?

What is happening in the Russian stock market during the war in Ukraine?