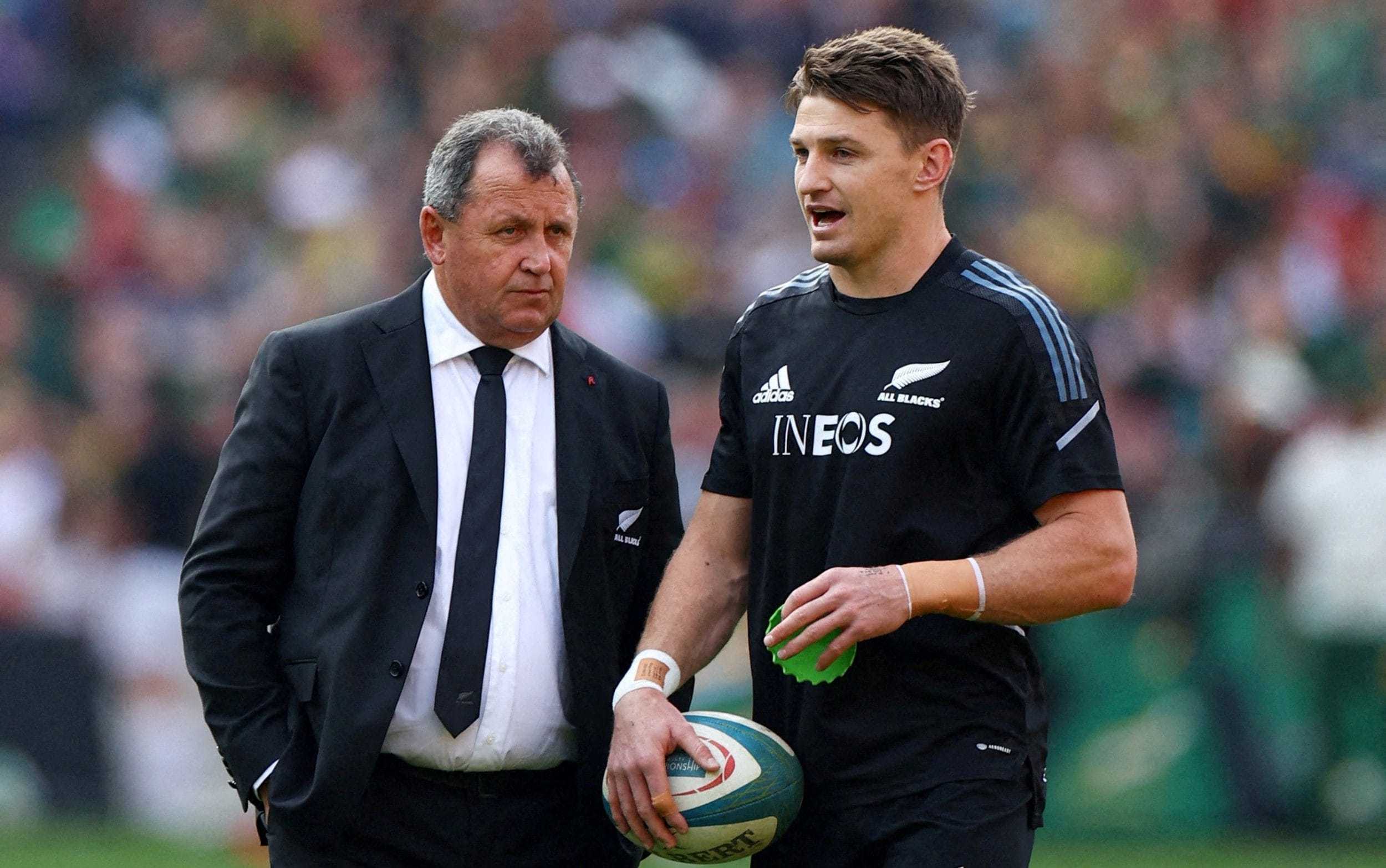 The Rugby Championship returns this weekend with Argentina pretty much at the top of the rankings thanks to a crushing win over Australia in San Juan in the final round.

This weekend, however, is a very different challenge for Michael Cheika’s Pumas as they prepare for the first of two back-to-back Tests against the All Blacks in New Zealand.

The struggling Wallabies – whose coach Dave Rennie described as simply “not good enough” after the loss in Argentina – host South Africa world champions in Adelaide, with both teams trying to bounce back from second-round losses. The Springboks were comfortably beaten by New Zealand in Johannesburg, a result that saved All Blacks head coach Ian Foster’s job until the World Cup in France next year.

How to watch the matches on TV

Ian Foster says it’s “weight off the shoulders” of the All Blacks as they begin a Rugby Championship test against Argentina on Saturday, with him confirmed as head coach for another year.

The New Zealand Rugby board gave its full approval to Foster last week and confirmed that he will coach the team at next year’s World Cup in France. The decision was announced despite a run of two wins in seven tests for the All Blacks.

See also  The Death of Queen Elizabeth II: A Minute-by-Minute Guide to Her State Funeral on Monday

A win over the Springboks World Cup champion in Johannesburg and the support of his players probably saved Foster’s job.

Despite his confidence that the coaching issue is now behind the All Blacks, a loss to Argentina at Christchurch this weekend or at any other stage of the Rugby Championship would likely revive the question of Foster’s future among fans.

Immediately after NZR expressed its support for the head coach, who has only a 65 percent win rate, an informal poll on a New Zealand media website found that 81 percent of respondents thought Foster should have been fired.

Foster said the match against Argentina’s Pumas, who took a 48-17 win over Australia, is simply “another test”.

“I’m not sure what we’re talking about with the weight of the shoulders,” he told reporters on Monday. “There’s always a lot of tension and pressure to play for the All Blacks, but it’s learning to deal with that. It comes in different shapes and forms – sometimes it’s people-oriented, sometimes it’s performance-oriented.

“We know that one win doesn’t mean much. We want to keep growing and climbing this year.”

When is the last round?

The last round is on Saturday 24 September. New Zealand hosts Australia in Auckland, while Argentina travels to Durban to face South Africa.

Last year, New Zealand had already completed the Rugby Championship for the final round, having defeated South Africa 19-17 in the penultimate round. However, the Springboks would beat the All Blacks 31-29 a week later to end their campaign on a high.