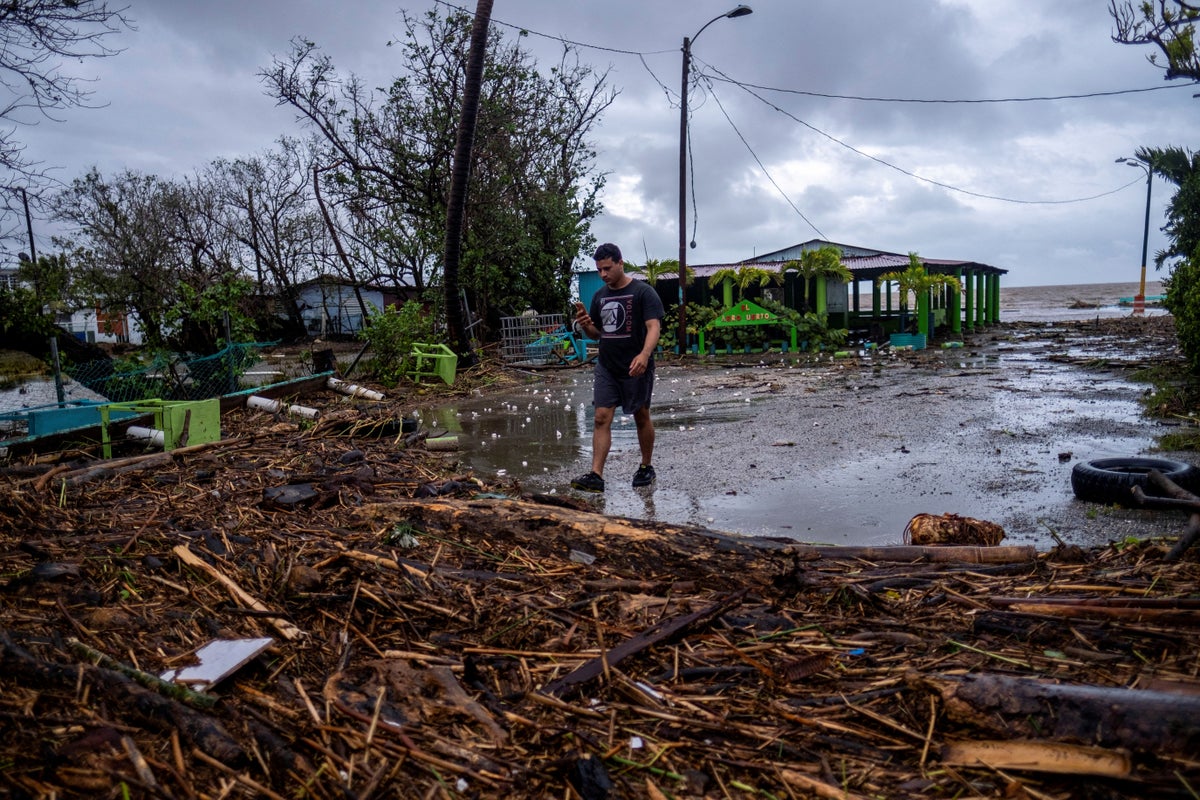 Hurricane Fiona is on a collision course with Atlantic Canada after devastating Puerto Rico and the Dominican Republic this week.

The storm is expected to make landfall late Friday evening, bringing strong winds and rain into the early hours of Saturday.

The province of Nova Scotia is expected to take a hit with warnings of severe flooding and power outages. Due to the size of the storm, hazardous weather is also forecast for parts of Newfoundland, Labrador, Quebec, Ontario, New Brunswick and Prince Edward Island.

The Canadian Hurricane Center has warned that this could be a “historic storm”. A meteorologist from the agency said: ETN that Hurricane Fiona could rival 2012 Superstorm Sandy, which devastated the U.S. East Coast.

Hurricane Fiona left hundreds of thousands of people without running water or electricity in Puerto Rico and the Dominican Republic.

The climate crisis is driving higher global ocean and air temperatures that fuel hurricanes with more intense wind and rain.

The 2022 hurricane season in the Atlantic got off to a slow start, with only three named storms forming in late August.

But September brought wave after wave of activity, including Fiona, the strongest storm of the season.

Currently, there are four tropical cyclones in the Atlantic basin. The US National Oceanic and Atmospheric Administration had forecast an “above normal” season, with up to 20 named storms.

Halifax is waiting for the storm

An unmanned, hurricane-chasing drone has captured images of nearly 15-meter waves in the middle of Hurricane Fiona. “Saildrone 1078” on Thursday recorded massive waves and wind speeds of more than 100 mph off the coast of Bermuda amid the first Category 4 hurricane of the Atlantic season of 2022. SD 1078 is one of seven ‘hurricane’ sailing drones operating in the Atlantic and Gulf of Mexico this hurricane season, collecting data to better understand the physical processes of hurricanes. The aim is to improve forecasts and reduce the loss of life during the extreme weather events. “Hurricane Fiona intensified from a tropical storm to a Category 1 hurricane just before hitting Puerto Rico, causing significant damage and loss of life,” said Richard Jenkins, founder and CEO of Saildrone, in a statement. “The data Saildrone vehicles collect will help the scientific community better understand the rapid intensification, giving people in our coastal communities more time to prepare.”

Tropical Depression Nine, which formed in the Caribbean this morning, is likely to turn into a tropical storm over the next few days — then a hurricane after that.

The storm is likely to bring heavy rain and wind to Cuba, Jamaica and the Cayman Islands before heading to the US.

Forecasts are still a long way off at this point and could change, but the National Hurricane Center predicts it could be a Category 3 storm by the time it hits Florida’s Gulf Coast, which would be the first major hurricane of the year. that would hit the continental US.

Flooding can be ‘significant’

The latest update from the US National Hurricane Center warns that in some areas of Nova Scotia, Prince Edward Island and Newfoundland, up to 10 inches of rain could fall, leading to “significant” flooding.

Some areas in Labrador and Quebec will see up to five inches (13 cm), while New Brunswick can see up to three (eight cm).

The swell will create extremely dangerous conditions for boats and potentially lead to erosion and flooding along the coasts.

Tropical Storm Hermine has formed off the coast of Mauritania and Senegal, its eighth storm of the season.

The storm is expected to hit some islands in the coming days before weakening, but otherwise poses no major threat to the country.

Another Tropical Depression in the Caribbean Will Likely Be Named “Ian”

Hand sanitizer may have contributed to 3 Fort Worth fire alarms, officials say