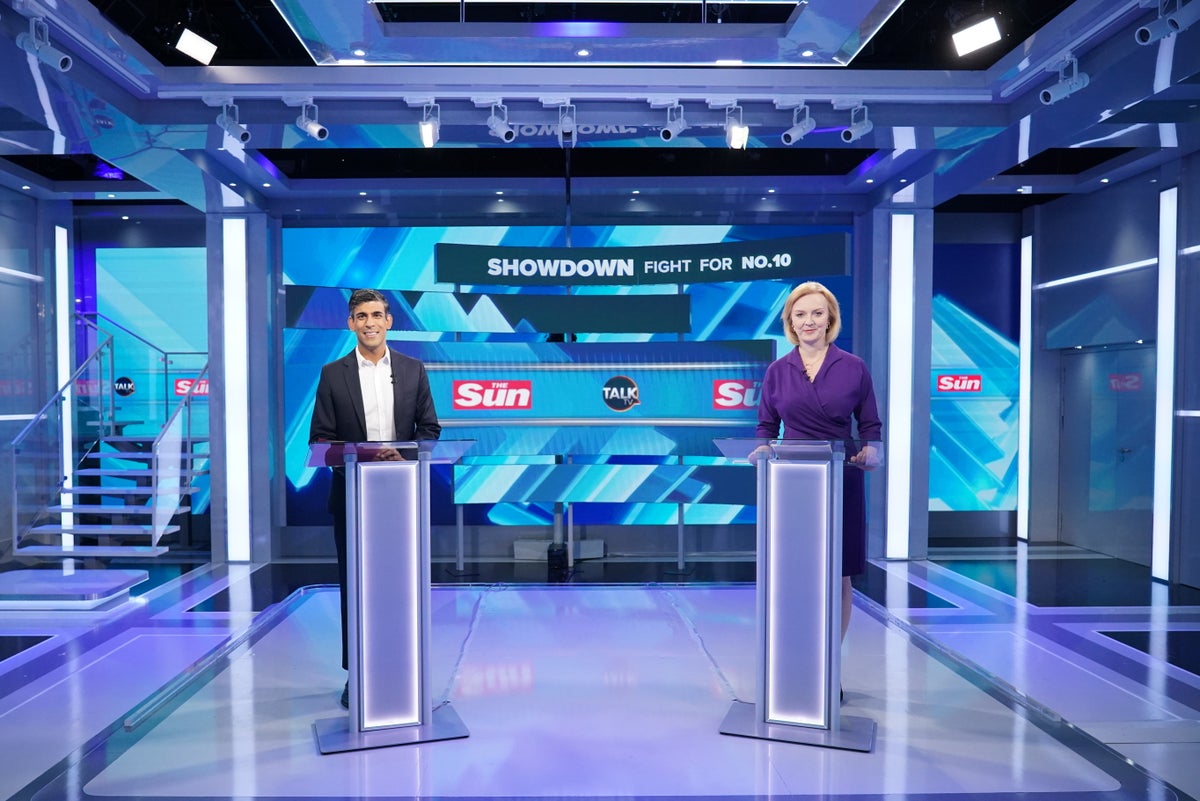 The foreign minister has said it is “right” for the next prime minister to wait until they take office to weigh “all options” to fight the cost of living crisis.

Environment Secretary George Eustice insisted people “don’t have to wait long” for news about what further action Boris Johnson’s successor will take to tackle rising prices, with less than a week for Tory members to vote. bring for a new leader.

Eustice said both leadership candidates have already laid out “some specific things” they would do to ease the burden, but added that it is correct that whoever holds the keys to them start off in the role.

You don’t have to wait long, there will be a new prime minister in 10 days

It comes after the chancellor suggested that those earning around £45,000 annually could struggle to cope with the rising cost of living as households prepare for another painful price hike in fuel bills over the winter.

Nadhim Zahawi said it will be “very difficult” for middle earners, as well as the most vulnerable in society, as the energy price cap is set to rise 80% by October, raising the average household’s annual bill from £1,971 to £3,549.

Speaking to ETN Radio 4’s Today program on Saturday, Mr Eustice said: “We announced a package of measures in June that was a £400 rebate for all, then additional support for the most vulnerable.

“Both candidates have said they will do more. You don’t have to wait long, there will be a new prime minister in 10 days.

“And that’s where that new prime minister has to look at the options and make decisions, and they’ve both made it clear that this will definitely be at the top of their inboxes.”

He added: “I think it’s right that when they become prime minister, whoever it is, they want to take a good look at all the options and understand the impact of each one.”

Industry regulator Ofgem warned the government it must act urgently to “match the scale of the crisis we have ahead of us” as Britain faced dismal news of the price cap hike on Friday.

The i paper later reported that Liz Truss, candidate for Tory leadership, planned to pay extra winter fuel to retirees to ease the burden, despite insisting in the past that she was focused on tax cuts instead. of “handouts”.

Her rival Rishi Sunak has already said he will provide extra support to the most vulnerable.

He echoed this in an article for The Times on Saturday, arguing that efforts should be directed towards low-income households and retirees, with assistance through the social security system, winter fuel and cold weather payments.

He said it is “correct to warn against giving definitive answers before entering Downing Street” as it is “responsible” to have “full control of the fiscal situation” first.

However, he acknowledged that providing “meaningful support” would be a “billion dollar undertaking”.

He wrote: “At present, Conservative members also face a crucial choice: who is the best candidate to lead our country through these difficult times and into a better future?

“Their choice is between someone who will control inflation, not worsen it, and prioritize support for the winter with a clear plan on how to do that.”

Ms. Truss has promised “decisive action” to provide “immediate support” if she wins the match.

But she has so far been vague about what form this aid might take, beyond cutting green taxes on energy bills and reversing the controversial hike in national insurance.

She has argued that it is not “right” to announce her full plan before the competition is over or she has seen all the analysis being prepared in Whitehall.

Senior Tory MP Robert Halfon, who backs Mr Sunak, said on Saturday that whoever takes the reins in issue 10 will have to make a “huge” intervention.

In an interview with GB News, Mr Halfon called for a new “social tariff” for vulnerable families and those “just managing”.

Mr Zahawi has stated that he is working “fully” to draft options for an action plan for the next prime minister so that they can “get off the ground” when they take office in September.

In an interview with The Daily Telegraph, he said he was exploring ways to make sure “we help those who really need the help”.

“My concern is that there are people who are not on benefits,” he said.

“If you’re a senior nurse or a senior teacher on £45,000 a year then your energy bill will go up by 80% and probably go even higher in the new year – it’s really hard.

“When you’re a retiree, it’s very difficult. So Universal Credit is a very effective way of targeting, but I’m looking at what else we can do to make sure we help those who really need the help. We are looking at all options.”

The paper said it declined to rule out a freeze on the energy cap as proposed by Labour, stressing that “nothing is off the table”.

He also reportedly said he was considering possible measures to help small businesses, including Covid-like cuts in VAT and corporate rates to support the hospitality and leisure sectors.

“If we don’t help those small and medium-sized businesses, my concern is the scar effect, the longer-term scar effect on the economy,” he said.

“So what we did to business rates, what we did to VAT for certain sectors such as hospitality. So we’re working out all those options to look at them.”

Another option is to make large loans to energy suppliers to cut bills by up to £500 a year, the paper said.