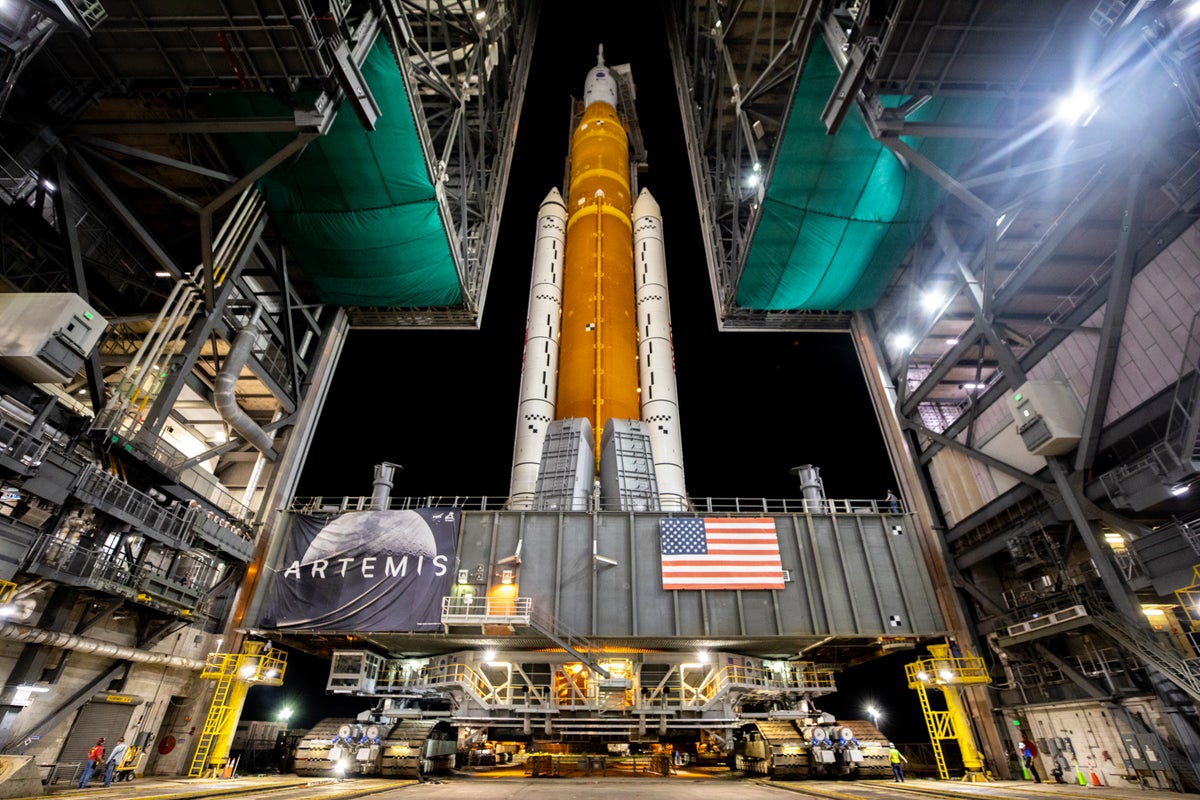 NASA will launch its new moon rocket on Monday, the next chapter in putting humans back on the moon.

The flight is the first in the agency’s Artemis program and this time it will be unmanned.

However, astronauts will be on board for subsequent missions, with the first manned flight to space planned for 2024.

NASA expects the first Artemis astronauts to land on the moon in 2025.

The Artemis 1 mission will be the first launch of the new 322ft high Space Launch System (SLS) rocket, which the agency says is the world’s most powerful rocket to date.

It will launch the Orion capsule, powered by the Airbus-built European Service Module (ESM), into lunar orbit.

Airbus engineer Sian Cleaver is an industrial manager for the ESM and dreamed of being involved in manned spaceflight as a child before earning a master’s degree in physics and astronomy from Durham University.

She told the PA news agency: “I’m ridiculously excited, and I think everyone on the team is.

“There are years and years of labor of love in this project.

“This is the first time we have seen one of our European service modules fly into space and go to the moon.

“I think many of us couldn’t quite believe it – we’ve now given the go-ahead for the launch on the 29th.

“Now, I think it’s really sinking in that this is the reality, this is happening, and it’s really going to start this whole new chapter of space exploration, and go to the moon.

“We are now on the cusp of something very exciting.”

Ms Cleaver explained that the last time humans went to the moon – about 50 years ago – was to prove they could, while the new mission is to prove that humans can go there longer and more sustainably.

It will also assess whether any infrastructure can be built on and around the moon that would allow humans to survive on another planetary body.

Now in her thirties, Ms. Cleaver first visited the Kennedy Space Center in Florida — where the launch got a window at 1:33 p.m. (BST) Monday — when she was just eight years old.

Her role in building the ESM was to ensure that all the equipment and subsystems came together at just the right time.

Speaking of attending the launch, she said: “I am so excited to be there.

“It’s going to be a very special moment for me personally to be back there after such a long time. And to actually work in the space industry now, I still haven’t quite set my sights on achieving something that I’ve wanted to do it since I was 15 or so.”

She added: “It’s pretty amazing that even at this stage of my career – 10 years with Airbus – I’m essentially working on my dream mission.”

The mission duration is 42 days, 3 hours, 20 minutes and will cover a total of 1.3 million miles before crashing on October 10.

The UK is part of the Artemis program and contributes to the Lunar Gateway – a space station currently under development with the European Space Agency – which is working with the US, Europe, Canada and Japan.

The Artemis mission will be tracked in the UK from Goonhilly Earth Station in Cornwall.

Libby Jackson, exploration science manager at the UK Space Agency, said: “The first launch of the Artemis 1 SLS rocket is an important step for the global space community as we prepare for the return of humans to the moon.

“The Artemis program marks the next chapter in human space exploration and we look forward to continued engagement as it comes to life.”