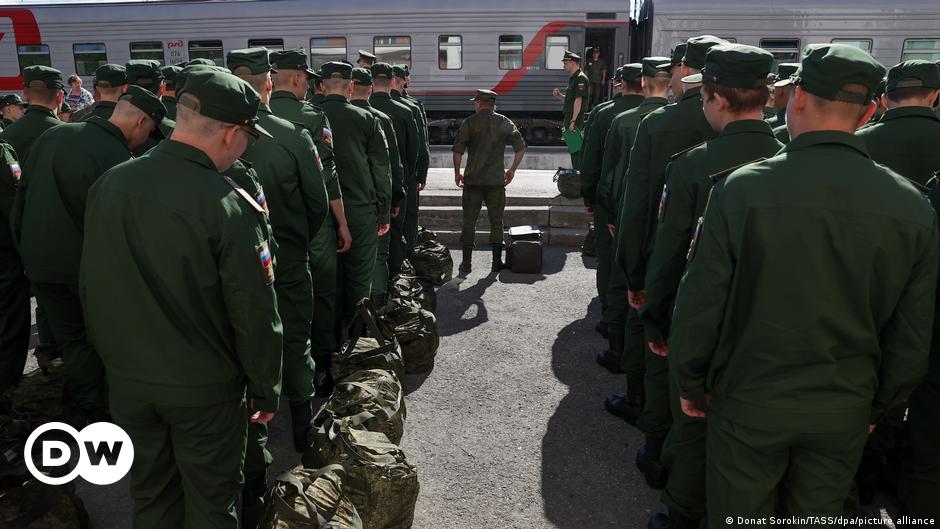 “Deserters who are threatened with severe repression can, as a rule, receive international protection in Germany,” Interior Minister Nancy Faeser said in an interview with the daily. Frankfurter Allgemeine Zeitung.

“Anyone who courageously opposes Putin’s regime and is in grave danger as a result can apply for asylum on the grounds of political persecution,” she said.

German Justice Minister Marco Buschmann tweeted with the hashtag “partial mobilization” that “apparently many Russians are leaving their homeland – anyone who hates Putin’s path and loves liberal democracy is welcome in Germany.”

Meanwhile, German Foreign Minister Annalena Baerbock praised Russian anti-war protesters, adding that no one in the country can turn a blind eye to what is happening in Ukraine because “every Russian is now at risk of getting into this war.” summoned.”

Since Putin announced a “partial mobilization” of reservists, flights for the next few days from Russia to visa-free countries, including Armenia, Turkey, Azerbaijan and Serbia, have completely sold out. Long lines were reported at the Russian border with Georgia, Finland, Kazakhstan and Mongolia.

ProAsyl calls for admission of deserters

The German-based human rights organization Pro Asyl also called on countries to grant asylum to deserters and conscientious objectors from Russia and Belarus.

“Under EU law, those escaping a war that violates international law have the right to asylum and protection. In this sense, Germany and Europe must now unbureaucratically organize the admission of those who vote with their feet against Russia’s war of aggression,” the head of Pro Asyl’s European branch, Karl Kopp, told the Rheinische Post newspaper.

Since February 24, Germany has hosted about 1 million Ukrainians fleeing the Russian invasion, but also welcomed Russian dissidents. According to Faeser, 438 Russian dissidents, including journalists, have also benefited from an accelerated process to obtain protection in Germany.

She points out, however, that political asylum is not granted automatically; applicants are first subjected to security checks.

The European Commission also said that people fleeing partial mobilization in Russia have the right to apply for asylum in the European Union. “This is an unprecedented situation,” said Anita Hipper, an EU spokesperson responsible for migration.

According to Hipper, applications should be considered on a case-by-case basis. She added that a joint approach is underway with EU Member States.

On Wednesday, officials from the EU’s Baltic member states said they will not provide refuge to Russians fleeing Moscow’s partial mobilization.

Earlier this week, Estonia, Latvia and Lithuania closed their borders to most Russian citizens in response to Russia’s broad domestic support for the war in Ukraine.

Man seriously injured in shooting in Knoxville neighborhood of Pittsburgh