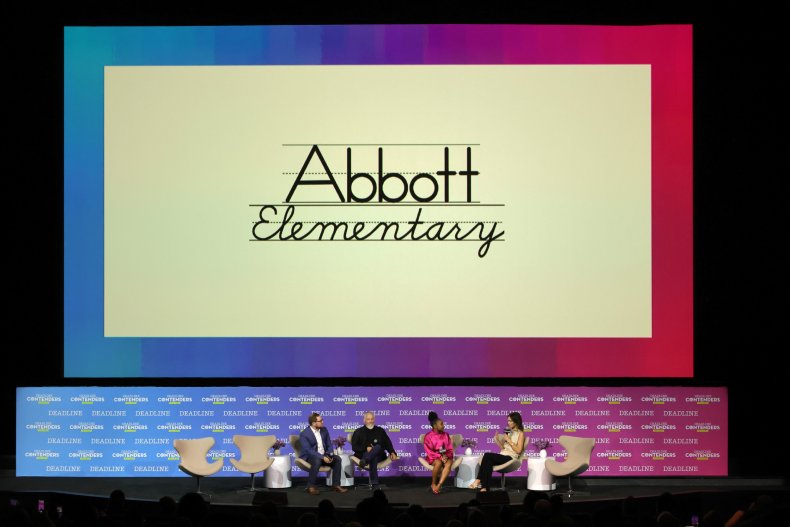 After a successful first season that captivated viewers with an engaging yet harshly realistic look at the teachers and students who make up the Philadelphia Public School System, the sitcom’s second season premiere picks up where its predecessor left off.

As teachers, staff and fan-favorite principal Ava Coleman, played by Janelle James, prepare for another year at the fictional Willard R. Abbott Public School, two teachers are thrust into the spotlight who face unique challenges, alongside star and Emmy. Award-winning showrunner Quinta Brunson.

Kindergarten teacher Barbara Howard, played by fellow Emmy winner Sheryl Lee Ralph, is tasked with finding a specialized desk for a new student who uses a wheelchair, largely as a result of broken promises related to a scholarship coming to an end at the end of the year. the school year has been assigned to the school. first season.

History teacher Jacob Hill, played by Chris Perfetti, is in a slightly different position. After attending a summer course in American Sign Language (ASL), Hill expresses his desire to pass his lessons on to the rest of the Abbott Elementary crew, but is met with lackluster response.

However, Hill’s signing capabilities, while rudimentary, come into use towards the end of the episode, when a deaf student arrives on the first day of school and Hill can introduce herself and begin a warm and welcoming dialogue.

Howard’s resolution is more drawn out, but just as rewarding.

Despite difficulties in obtaining a wheelchair-accessible desk, it is revealed that some of the Season 1 grant money was used to install a ramp for the school. And as the episode draws to a close, first-grade teacher Gregory Eddie, played by Tyler James Williams, uses a little ingenuity and locates the exact desk to be stashed in the school’s storage room.

During a recent Zoom roundtable, United Press International reported that Brunson pointed to her mother’s experiences teaching a blind student as inspiration for both storylines related to accessibility — or the lack of it — in school settings.

“They didn’t necessarily give my mother resources to help her with this blind student,” Brunson said. “If something like a handicap comes into play, what does that mean for someone like Barbara who wants to do the utmost for her students but is not helped?

“Many people in this country have disabilities,” Brunson added. “Not all of them are visible.”

Like many cases in the first season of Abbott Elementaryemphasis on increasing accessibility in underfunded schools caught the attention of Twitter users, many of whom were moved by the pronounced focus on good representation.

“The way #abbottelementary is so realistic about inclusion and diversity,” one Twitter user posted, adding a clip of Hill using ASL to communicate with a deaf student. “As a teacher I see these children every day and they are often not represented in any media, thank you [Abbott] therefore!”

“Watching Abbott Elementary over lunch and the choice to help and advocate for black disabled children makes me cry,” echoed @robertjmonson, including clips of both Hill and Howard.

“This scene and when Greg was looking for a desk for the loved one in a wheelchair?” they added, adding multiple crying emojis.

“So many times in my life as a student I had ill-fitting desks or none at all, especially in lecture halls,” added Twitter user @SFdirewolf. See the wheelchair-using student so pumped for school in #AbbottElementary going up the ramp [and] in class gave me all the FEELINGS.

“This is why #RepresentationMatters,” they added.