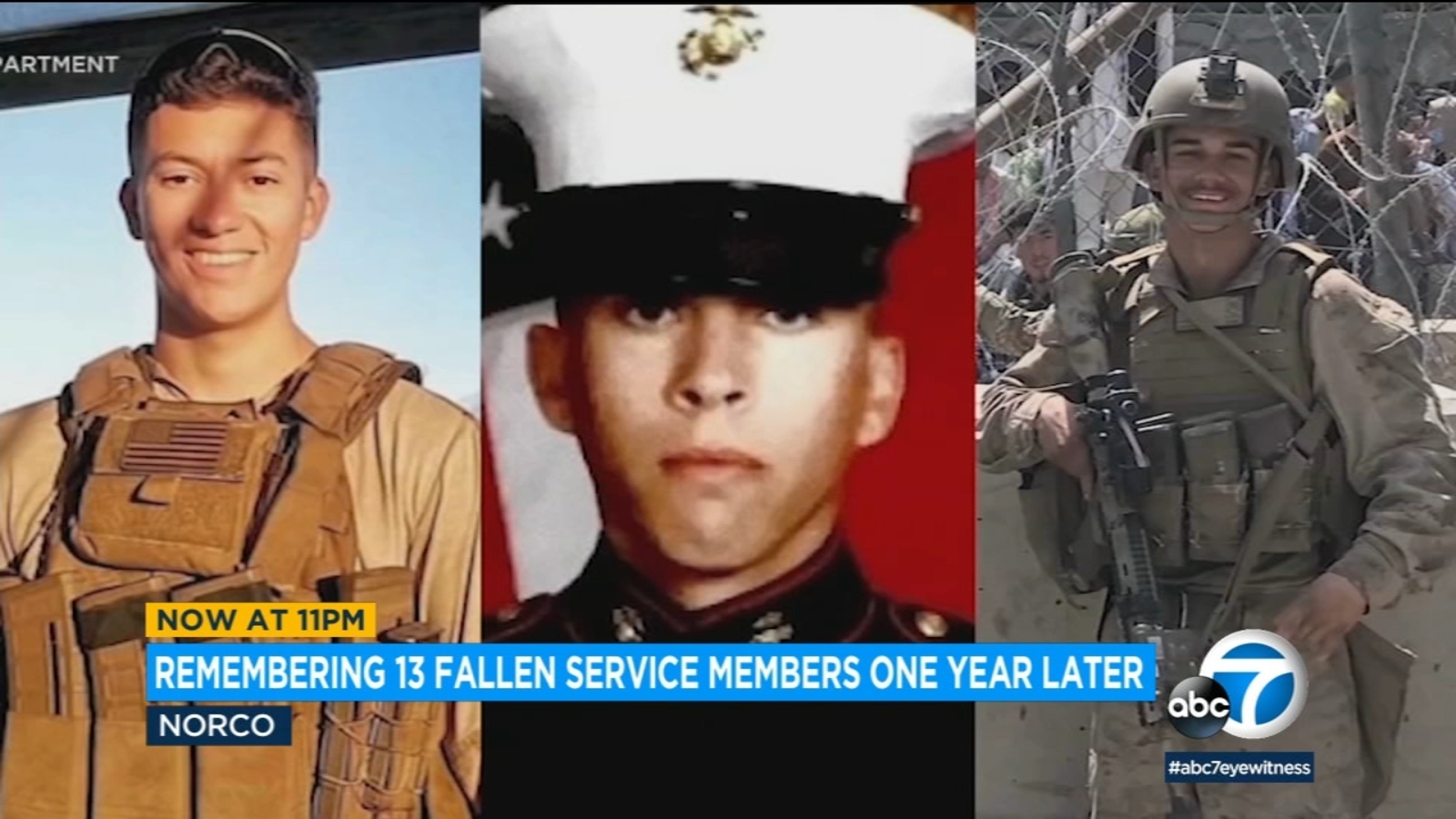 NORCO, California (KABC) — An emotional tribute was held Friday night in Norco in honor of the 13 U.S. servicemen who died in Afghanistan a year ago, including three from Southern California.

Relatives and loved ones gathered to commemorate the heroes who died in the terrorist attack during a chaotic evacuation at Kabul airport. Among the dead was Lance Cpl. Kareem Nikoui.

“About this time last year, it keeps repeating in my head… Kareem really had a great personality. I miss the jokes he would tell me,” said Shana Chappell, Nikoui’s mother.

The 20-year-old’s mother is now also mourning her eldest son, Dakota, who also suffered grief and committed suicide at his brother’s grave this month.

“I still think ‘how did I lose two sons?'” Chappell said.

Two other Marines from the Inland Empire were also killed in Afghanistan that day – Dylan Merola of Rancho Cucamonga and 22-year-old Marine Cpl. Hunter Lopez of La Quinta.

“Hunter had a mission. He signed up to do a job, he and his friends had a mission, and to stick with his character, he would carry out that mission to the best of his ability,” said his father, Herman Lopez.

The family learned of his death after their other son, Owen, also a soldier, returned home. His brother was in a coffin.

Friday’s ceremony served as a reminder to honor the fallen and the sacrifices of those families.

See also  A wounded Afghanistan veteran asks, 'Was the war worth it?'

“These are 18 and 19 year old young men and women who don’t have to do this. You know, all our armed forces are volunteer right now, but they choose to sign on the dotted line for that contract…to defend us country,” Lopez said.

Another memorial ceremony is scheduled for 5 p.m. Saturday at the Fallen 13 Memorial Flower Garden in Norco.