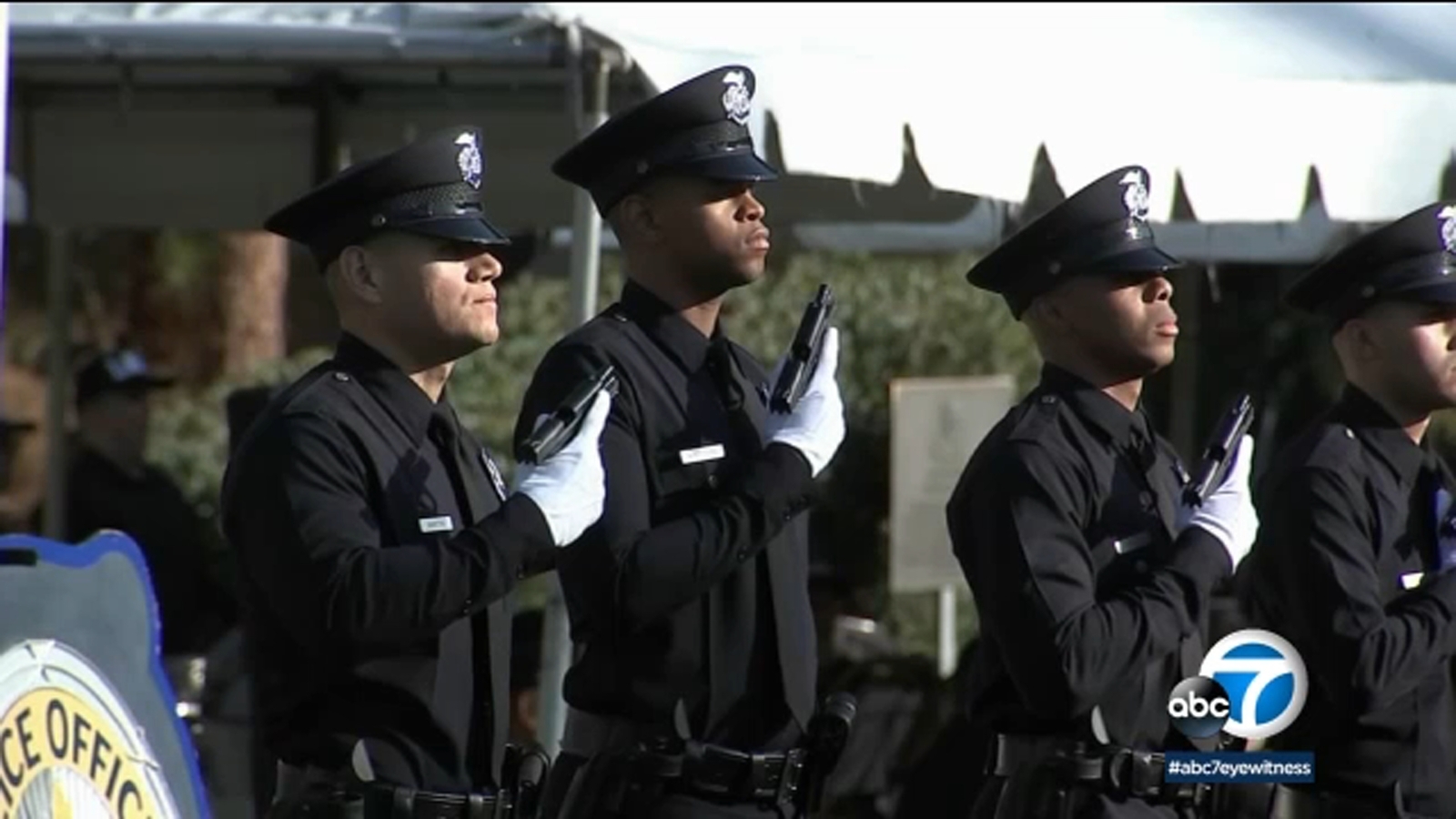 LOS ANGELES (KABC) — As the Los Angeles Police Department reports that staffing targets are not being met, a graduation ceremony on Friday gives the department some hope.

A total of 27 new officers were honored after graduating from the police academy.

Earlier this week, Chief Michel Moore warned the Board of Police Commissioners about the department’s staffing problems.

LAPD is currently understaffed by 176 officers, Moore said, citing 9,284 sworn officers on staff as of Aug. 13, while the department is authorized to have 9,460.

Moore said the LAPD has also been authorized by the City Council to hire as many as 780 newly sworn personnel, taking into account the expected turnover of officers retiring.

“Police are drawing from a shrinking pool of interested applicants for a variety of reasons, and so we need to be better at being up front and being a world-class agency,” Moore said.

Moore emphasized that there is a high barrier to bringing in a new officer, noting that the department hires about 5% of all applicants. He said last year, the department welcomed 576 new graduates. This year so far? Less than 100.

Meanwhile, the department’s response time to emergency calls remains below the seven-minute target, but according to Moore, response times for urgent and routine calls have been “significantly extended” due to staff shortages.

Commissioners have requested a report from the LAPD detailing the impact of staff shortages on response time.

Last week, at a meeting of the city council’s public safety committee, an LAPD representative said the department is facing a “decreasing number” of candidates for both civilian and sworn positions.

Only 19 people attended a recent training session to become public safety representatives, who, according to the representative, typically fill coordinators. Normally, the department would get “hundreds” of applicants, he said.

According to the representative, the department expects an increase in vacant coordinator positions this year. Currently there are 83 vacancies.

The commission instructed the LAPD to report on what structural changes would be needed to relieve sworn personnel from performing civilian duties.

Meanwhile, the department remains hopeful about more recruits and emphasizes their incentives when they join the police force, which include housing incentives, financial rewards for recruiters and a hiring bonus for all new officers, which is between $15,000 and $20,000.

“As agencies across America compete for this finite pool of highly qualified individuals, we remain competitive. There is no badge like this anywhere in the world,” Moore said.

Councilman Joe Buscaino, a former LAPD officer who joined the police force in 1997, said last week that hearing the statistics about the dispatchers “hurts him.”

Buscaino said that when he joined the LAPD, they were “recruiting like crazy.”

“People were excited to join the LAPD on both sides — the civilian side and the sworn side,” Buscaino said.